Neck Lift or Facelift (Or Both)? 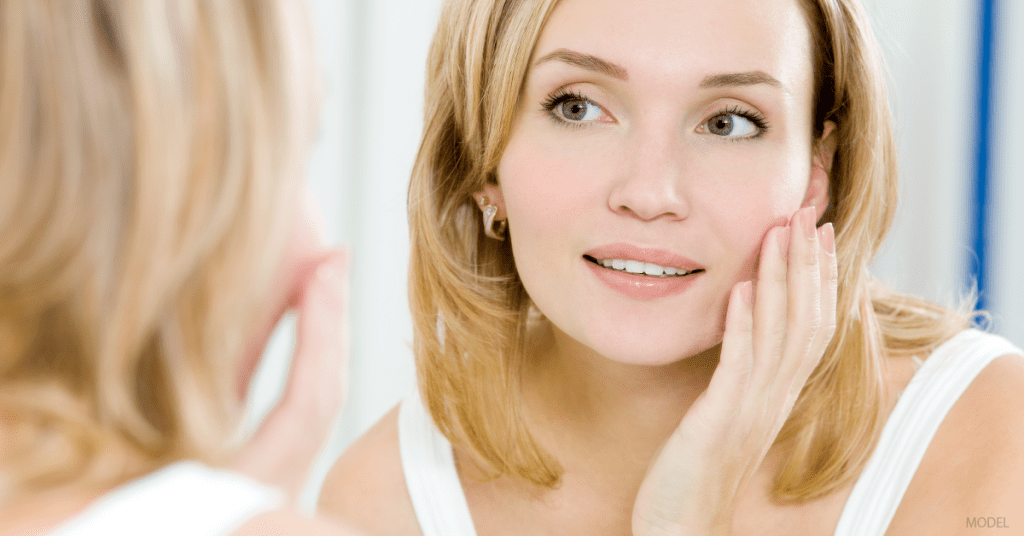 Both women and men can feel betrayed by their necks which show signs of aging earlier than other features. The late author Nora Ephron even wrote an essay called I Feel Bad About My Neck, which included this memorable line:

“You have to cut open a redwood tree to see how old it is, but you wouldn’t have to if it had a neck.”

So, is a facelift the answer? Not necessarily. People who are self-conscious about their necks can get a neck lift (also called cervicoplasty). Patients from Richmond to Harrisonburg who travel to UVA Plastic Surgery for facial plastic surgery learn that neck lifts can produce the desired results without a facelift.

In this blog post, I’ll explain the differences between a facelift and a neck lift. I’ll also provide details about the different types of available facelift procedures that can be tailored to a patient’s specific concerns.

Sagging in the lower face area, such as the cheeks and along the jawline, can be corrected with a facelift. When performed by one of our facial plastic surgery specialists, a facelift repositions the tissue and muscle supporting the skin and minimizes the appearance of jowls. The result is a better-defined jawline and more prominent cheekbones. A deep-plane facelift—which produces the most dramatic results—involves incisions made at the temples, in front of the ears and continuing to behind the ears.

Patients with less significant sagging can benefit from facelift alternatives. These include:

Short Scar (Mini Facelift): Best for women and men with minor sagging of the jowls who need more skin tightening treatment than nonsurgical procedures can provide. The benefits of this procedure are shorter incisions and less downtime.

Skin-Only Facelift: Our surgeons address early signs of aging with a procedure that tightens skin but doesn’t involve the underlying tissue.

As a standalone procedure, a neck lift can:

We can perform neck lifts with either an incision made under the chin or incisions that run along the lower part of the front of the ear, extending behind the ear and into the hairline. Sometimes our surgeons may combine both types of incisions, depending on the patient’s needs.

Of course, we often see patients whose lax skin and wrinkling isn’t limited to the neck and recommend combining a facelift with a neck lift. In our gallery of before-and-after photos, we feature patients who underwent a neck lift only and those who combined the procedures.

If you’re concerned about the appearance of your neck but aren’t sure if you can also benefit from a facelift, our Richmond-area surgeons are happy to talk with you about your options. You can contact us using the online form to request a consultation or call us at (434) 924-1234 (Charlottesville) or (540) 932-5771 (Fishersville) to schedule an appointment.